In 1991, 80% of medical school seats in Pakistan that were previously mandated for male students were opened to women, as the male/female government quotas were deemed to be unconstitutional. This led to a dramatic demographic shift within medical schools, as women began to out-number their male counterparts. Remarkably, by 2014 more than 70% of medical students were female. However, only 23% of registered doctors in Pakistan are female, as many of these women unfortunately find themselves leaving the medical workforce prematurely because of sociocultural barriers. In the worst cases they are unable to enter the workforce at all, despite being qualified doctors.

Remarkably, by 2014 more than 70% of medical students were female. However, only 23% of registered doctors in Pakistan are female

So what’s the practical impact of this dearth of female doctors in Pakistan? It has led to an acute doctor shortage in an already overstretched system, and this loss is compounded when you consider that it is easier, and much more culturally appropriate, for a female doctor to deliver necessary health care to women in Pakistan.

In 2014, the doctHERs journey to fill this gap begun. The first challenge was getting patients on board, by gaining trust within the communities where healthcare services were currently unavailable. There is a deep-seated mistrust and fear of medical interventions in some of these areas, which is being managed by a multi pronged approach of reaching out to the community elders, setting up workshops in schools and establishing medical camps.

The female doctors who find themselves restricted to their home by socio-cultural barriers are identified and given the opportunity to use their skills to continue their hard-earned careers. Skype serves as the bridge between these repressed female doctors and inaccessible communities, which the doctors are able to access from home.

The patients, from areas that are otherwise inaccessible due to natural disasters such as floods and earthquakes, ineffective transport infrastructure, and even political or military barriers, are directed to nurse-run clinics that have the required facilities including Skype. The patients pay a nominal fee (via mobile banking), and therefore this venture is not only affordable for those treated, but also financially rewarding for the doctors involved. This results in a sustainable business model that is not a charitable undertaking but one built on the foundations of social finance. Moreover, the benefit of linking people from two spectrums of society must not be overlooked, as it ultimately facilitates progression in communities as a whole.

Since its founding in 2014, doctHERs has won multiple awards and collaborated with other organisations 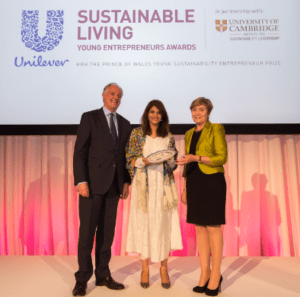 such as DKT International Family Planning and HIV Prevention, and now has 8 clinics across Karachi and Mahensera. For both the women who are in need of treatment, and the women who are otherwise unable to pursue their career ambitions, doctHERS is a saving grace.

it begs the question of whether the developed world, with its own increasingly stretched medical systems and marginalised members of society, should be seeking to better leverage telemedicine in the provision of healthcare for all.

Perhaps this model will be replicated in other parts of the developing world, enabling an additional income source for some whilst providing vital medical relief to others. Further still, it begs the question of whether the developed world, with its own increasingly stretched medical systems and marginalised members of society, should be seeking to better leverage telemedicine in the provision of healthcare for all.