Having spent the past 12 months working on a new model for domiciliary care, I can safely say that the world of HealthTech is super exciting.

It’s also super difficult. Starting a company is hard at the best of times, but it’s especially hard when you have to contend with the tricky regulatory, cultural and moral issues that are commonplace within the health sector.

That said, with difficulty comes opportunity.

Lots of people are put off because it’s hard. This is good news for you; having fewer competitors makes it easier to focus on your own objectives and avoid distraction.

It’s also a great environment for learning. There’s so much to figure out, and as you might expect there’s no such thing as a silver bullet. The only way to get anything done is through resilience, perseverance and a brain that acts like an oversized sponge. You need to be a survivor.

Whilst the product and the company we were building ultimately wasn’t scalable, I learned more in the last 12 months than I have ever learned before. In the hope that others may avoid some of the same setbacks I have shared some of these learnings below. If you’re thinking about taking the plunge into health tech, have a read!

Decision makers within the healthcare system are notoriously conservative. You therefore have to make it as easy and risk-free as possible for your product to be adopted, which is no small feat.

For example we thought that we might be able to help hospitals since we could connect them with our network of highly trained domiciliary care professionals and help to arrange care packages at home quickly. But without CQC registration and a proven track record of working with hospitals, few were willing to commit to a partnership despite telling us that our offering was the best they had seen.

Think about whether a minimal version of your product can be built that doesn’t require the same risk tolerance a complete product might, or can be safely tested with a small handful of users.

And then learn and iterate. 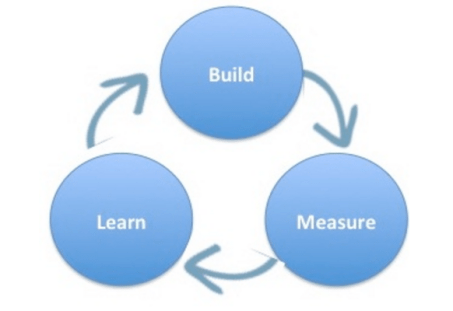 Because iteration and learning cycles typically take a little longer than those in other sectors, it is even more important to remain focused on the things that move the learning needle. This usually means identifying the ‘kernel’ of the problem that is smallest and easiest to solve, and starting there. Don’t let your attention be pulled in different directions.

One of the characteristics that most of the greatest entrepreneurs have in common is an impressive ability to condense large and complex problems into surprisingly simple solutions.

“Simple can be harder than complex; you have to work hard to get your thinking clean to make it simple.” – Steve Jobs

Consumer-facing products can be scaled rapidly. Instagram and YouTube were both less than 2 years old when they achieved billion-dollar exits, with Skype not far behind.

But if you have to sell a product to a hospital, develop a drug or win regulatory approval for a medical device it takes a lot longer to achieve scale. It’s significantly harder to convince those within the healthcare system to experiment with new products and services than it is to convince a consumer.

Patience is a virtue.

4) Do it for the right reasons

Most successful entrepreneurs at some stage faced an existential crisis. It’s hard to think of a single success story that didn’t involve at least one period where it would have been by far the easier option for the founder(s) to quit.

Innovating in the healthcare space can feel like you’re smashing your head against the most unforgiving of brick walls. Give yourself the best chance you have of getting through the tough times by being in it for right reasons; there has to be something deeply intrinsic that links you to the problem you’re solving.

For me, this was several years of seeing my two remaining grandparents suffer after being hit by separate neurological conditions. They came to live with my family and, by extension, I witnessed many of the challenges they faced and the pain they suffered as a result of processes and systems that failed them.

No one should have to go through that.

If your goals are financially-oriented, I would urge you to re-consider going into health tech (or indeed starting a startup in general). Trust me, there are FAR easier ways of getting rich.

Given that parts of the health sector still use legacy systems (or no systems at all) it is easy to think that simply taking an existing model or process and digitalising or re-building it is a great idea. In a lot of cases, it certainly helps. But it’s not necessarily game-changing and might not lead to a scalable business.

If you want to attract top-tier capital and talent, you will likely find that there needs to be something more than this. Some proprietary advantage that stops others replicating what you have done. So if you fall into this category think carefully about defensibility, and prepare yourself for rigorous questioning from VCs.

This was something we thought about a lot at HomeHeart, continually questioning whether our approach was simply an incremental improvement on the typical domiciliary care agency model brought about by digitalisation, or whether it was a ‘10x’ improvement that dramatically changed the social care sector.

I’m still not 100% sure what my view is on this, and how the model will turn out for the other startups attempting to make it work. But I do know one thing: having spoken with contacts at some of the leading European VCs, they declined the opportunity to invest in some of our former competitors largely because they don’t see their solutions as a ‘10x’ improvement.

HealthTech is an extremely rewarding industry, and the pride you feel when you see your work directly impact someone’s life shouldn’t be underestimated. But it can be very different to innovating within other sectors and it can be exceptionally tough.

If you have resilience, perseverance, a desire to make a positive dent in the world and survival instincts that would make Bear Grylls proud, I couldn’t recommend it enough. Go and change the world.