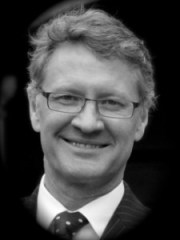 Mark is a consultant surgeon and the head of Urogynaecology at Addenbrooke’s Hospital in Cambridge. He qualified in Johannesburg at the University of the Witwatersrand, undertook postgraduate training at the University of Cape Town and Groote Schuur Hospital, then moved to the UK to complete his surgical training in Liverpool.

MMark also runs an active research unit in Cambridge. His research interests include the use of alloplastic materials in surgery, innovations in pharmacology, urodynamic testing and surgery for pelvic organ prolapse. Mark was awarded the Ethicon Travelling Professorship in 2004, the Sims Black Professorship of the Royal College of Obstetricians and Gynaecologists in 2005/6 and a travelling Professorship with the Royal Australian and New Zealand College of Obstetrics and Gynaecology in 2006. He sits on a wide range of boards and committees and acts as a reviewer for several international journals.

Mark is passionate about innovation and has developed a number of medical devices which he has taken to market. More recently he has developed a new testing system for the measurement of urethral pressure and has just published the results of a novel treatment for pelvic organ prolapse. He has experienced many of the challenges associated with taking an idea from the drawing board to production and admits it hasn’t all been easy, but without hesitation describes medical innovation as one of the most exciting and rewarding aspects of his work.

As a practicing clinician involved in medical device innovation, how did you first get involved in the business and entrepreneurial side of things?

I was introduced to the concept by one of my mentors, Ulf Ulmsten, Prof of O&G at Uppsala University in Sweden. He was responsible for the development of the TVT device for stress urinary incontinence. This is now the most commonly used surgical technique for the treatment of stress urinary incontinence in the world. He had another idea that he wanted to develop and asked me to help. This project involved the development of a non-invasive technique for the measurement of urethral pressure. Working with a bio-engineer we developed a technique to measure the urethral pressure without placing a pressure probe in the urethra. This became known as the urethral retrograde pressure or URP. It became available in 2003.

The day to day job can get pretty mundane and boring and it is nice to have something else to motivate you. Financial reward would also be nice.

Have you found it challenging to juggle innovation and entrepreneurial roles with a full time post in the NHS?

It’s very difficult, especially with the demands placed on us by the Department of Health. Because of this it’s essential to work in teams. Very few individuals will succeed without the help of a multi-professional team.

What have you found to be the biggest hurdles?

Financial is the biggest. Getting an idea from the drawing board to production can be very expensive. All too often the only way of doing this is to involve the help of big pharma. They are used to the process and usually draw up the contracts to suit themselves. It is difficult for individuals to identify the hidden clauses in the contracts.

Are there any lessons you’ve learnt the hard way since you first started down this path?

Keep your idea to yourself until you have secured intellectual property protection.

What advice would you pass on to other medics with entrepreneurial aspirations?

Get involved with a group of people who have already successfully negotiated their way through the innovation jungle.

Would you do anything differently if you were starting out now?

Develop any ideas with small private units who have expertise and financial backup. Once the idea/product has some data, use the same group to approach VC’s to see if they want to take a stake in the business, or use a team with real knowledge to negotiate a deal with a pharma company.

What are the main difficulties for medics working in the NHS who wish to innovate and potentially take a product to market?

There is a lot of red tape and the NHS has the right to claim some of the intellectual property rights on a product that was developed in the NHS. It is essential that this aspect is sorted out before going ahead.

What do you think could be done to make it easier for medics in the UK to innovate?

A reduction in the layers and layers of red tape and a section of the NHS that actively promotes/helps entrepreneurial doctors with their ideas.

What kind of resources and support do you think entrepreneurial medics within the NHS would find most useful?

Initially somewhere they could go to get advice on patent protection and the drawing up of confidentiality clauses so that they could explore the possibilities of their ideas with experts without the fear of the idea being “stolen”!

Have you drawn inspiration from anyone in particular along the way, or had any business mentors?

I work very closely with a team of medical entrepreneurs who all previously held senior positions in major device companies.

Finally, what words of inspiration would you offer to all those budding ‘doctorpreneurs’ out there?!

Don’t be scared no matter how wild or impossible your idea seems. When working with the appropriate team, impossible ideas are often easier to achieve than one realises.